Monday Archives: An Ode to the Beautiful Blennies of Cirripectes 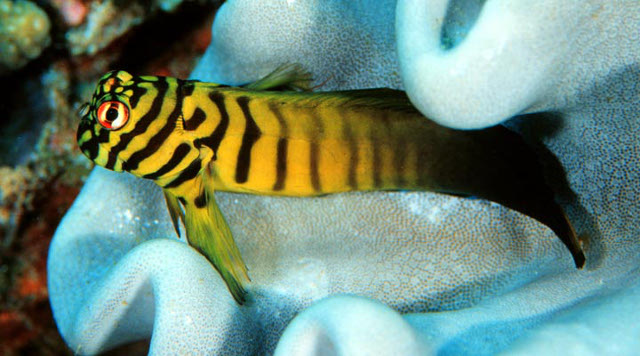 Blennies are a diverse lot, with some 400+ species scattered across several dozen genera, but, out of all this taxonomic richness, only a small number of these fishes commonly find their way into aquarium exports. The two most diverse genera, Ecsenius & Meiacanthus, are well represented by the Midas Blenny, Bicolor Blenny, Tailspot Blenny, Canary Blenny and so on. Some smaller genera are likewise quite familiar—Lawnmower and Starry Blennies (Salarias), the Molly Miller Blenny (Scartella), the Orangespot Blenny (Blenniella). But it’s always struck me as being a bit peculiar that one of the most ubiquitous, colorful and speciose groups is almost entirely absent from the aquarium industry. Whither the Cirripectes? 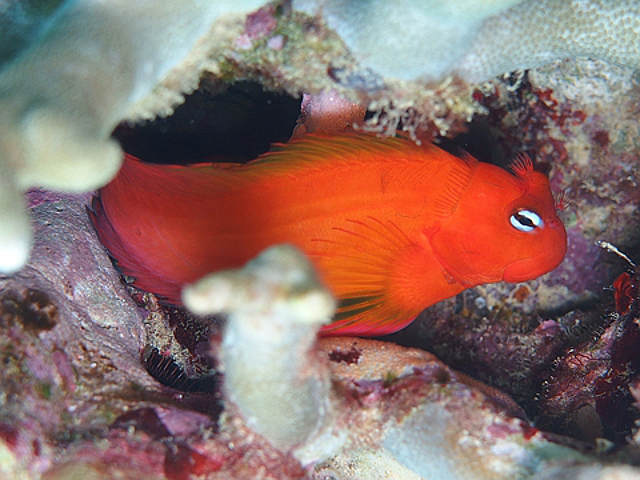 This male Cirripectes perustus from Japan certainly lives up to its common name, the Flaming Blenny. Credit: Toshiaki Kimura

With 23 described species, many of which have broad biogeographic ranges throughout the Indo-Pacific, Cirripectes is an important lineage in the family Blenniidae. These are some of the most characteristic blennies associated with coral reefs, generally being restricted to deeper habitats which remain unaffected by the tides. We see this as well in the Ecsenius blennies, but, by and large, the rest of the family tends to show a marked specialization in intertidal niches, with some groups (e.g. “rockskippers”) verging on a practically amphibious lifestyle. 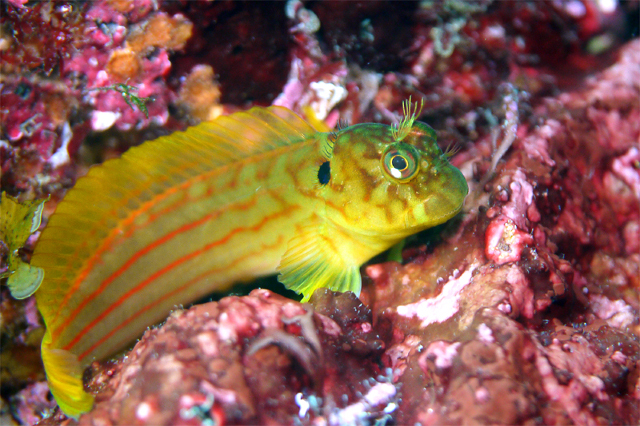 Like most of the blennies we’re familiar with, Cirripectes are primarily benthic grazers, rasping away at the turflike algae growing in their territories. This is great is you happen to have a large, mature reef aquarium with decent algal production, but, placed into smaller aquaria, these fishes are prone to aggressive posturing and an overreliance on the meaty foods we tend to feed. Longterm, feeding an overly protein-rich diet to a herbivorous species tends to result in various internal pathologies, particularly regarding fat buildup in the liver. 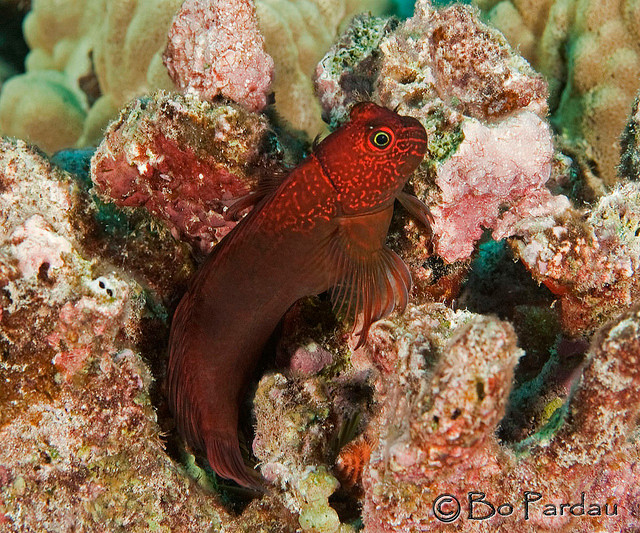 Being poorly suited to smaller reef tanks certainly puts a limitation on their appeal to consumers, but it doesn’t do much to explain their rarity in the trade, especially when we consider how attractive some of these species can be. The sexes are often dichromatic, sometimes remarkably so. Females tend towards a dull, camouflaged coloration of browns and creams, often with various labyrinthine spots and lines. Males, on the other hand, are the fairer sex, developing a veritable conflagration of reds and yellows in certain species. In the height of their sexual fervour, when fully flushed in the libidinous hues of arousal, these are, without question, some of the most beautiful blennies in the sea. 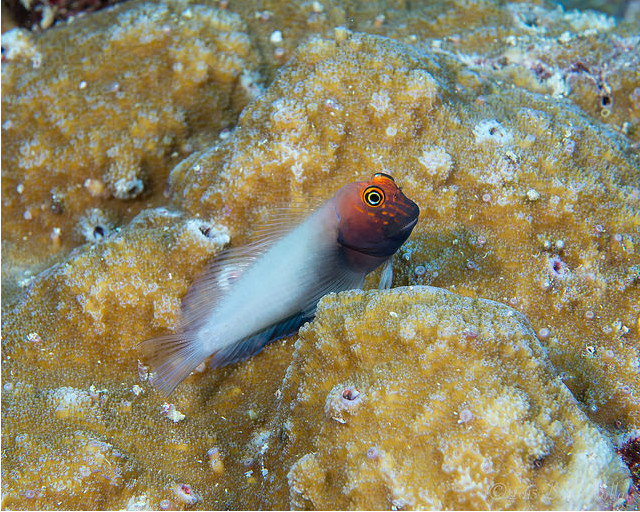 This ghostly blenny may be an undescribed species from Kiritimati. Credit: David Rolla

And, yet, these blennies are so seldom to be had. Of the two dozen species in this genus, only a couple seem to be available with any regularity, and, even then, only sporadically so. This seems like a glaring oversight, as there must be a decent market for these vibrant and charismatic fishes. Admittedly, many Cirripectes are quite drab and perhaps undeserving of our precious aquarium real estate, and even those with the requisite visual splendor tend to dim their colors in captivity, but, as the gallery of images in this article should attest to, these can be truly stunning creatures. With so many admirable species, Cirripectes is deserving of a bit more appreciation. 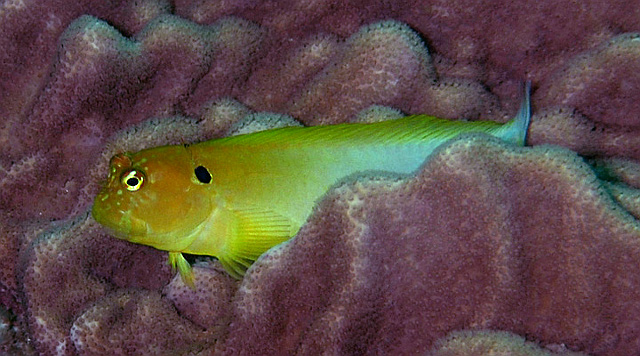 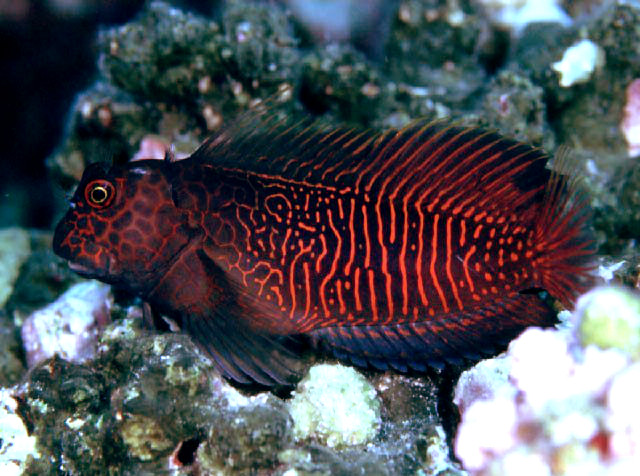 Cirripectes stigmaticus is one of the more commonly available species, though it is still seldom seen. Credit: Kyo Yunokawa 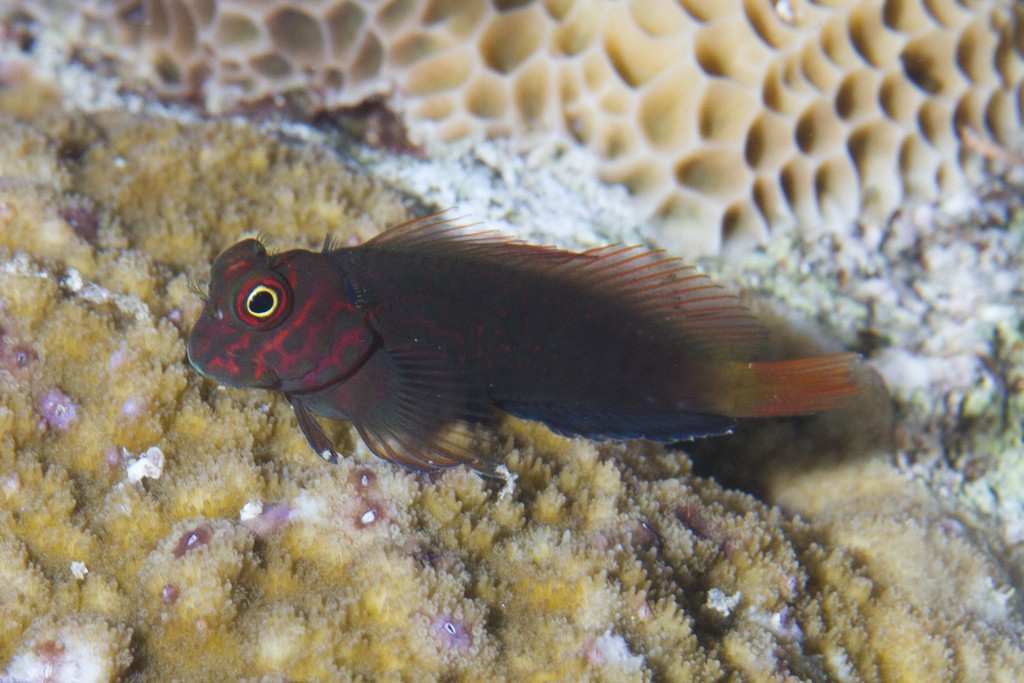 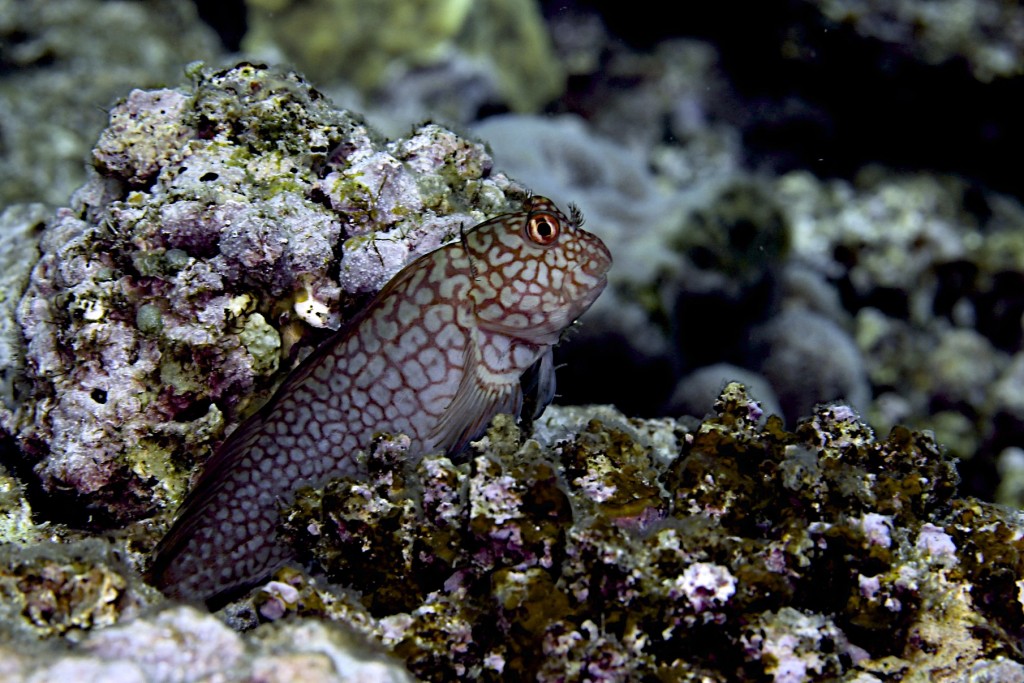 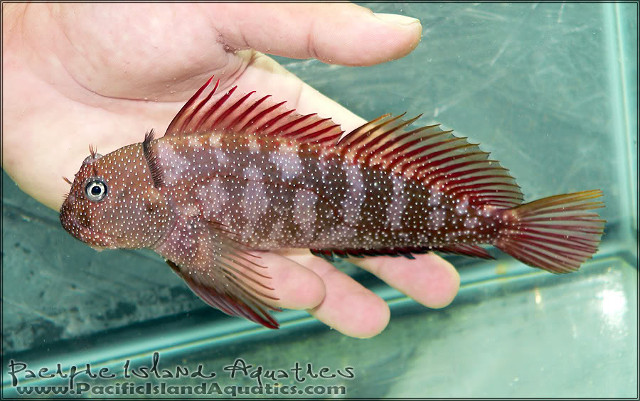 Joe is classically trained in the zoological arts and sciences, with a particular focus on the esoterica of invertebrate taxonomy and evolution. He’s written for several aquarium publications and for many years lorded over the marinelife at Chicago’s venerable Old Town Aquarium. He currently studies prairie insect ecology at the Field Museum of Natural History and fish phylogenetics at the University of Chicago.